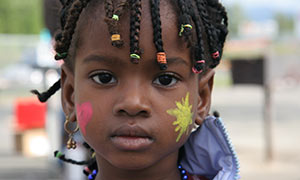 Who does RAIS serve? Any individual in the state of Alaska who has a status listed below, has arrived in the U.S. within the previous five years, or is within their first five years since receiving that status may qualify for the RAIS program.

A refugee has fled his or her country because of well-founded fear of persecution for reasons on political opinion, race, religion, nationality or membership in a particular social group. The term “refugee” is a U.S. government recognized immigration status.

An asylee is already present in the U.S. who fears persecution in his or her country of origin and is granted asylum by the U.S. government. The term “asylee” is a U.S. government recognized immigration status.

A Cuban or Haitian Entrant is originally from Cuba or Haiti, and has been granted parolee status or another special status into the U.S.

An Amerasian is a child fathered in Asia by a U.S. soldier during the Vietnam War.

Victims of Severe Forms of Trafficking

A Victim of a Severe Form of Trafficking has been brought into the U.S. and caused to enter forced labor without an option to leave.

Get the latest information on RAIS events, and volunteer opportunities.