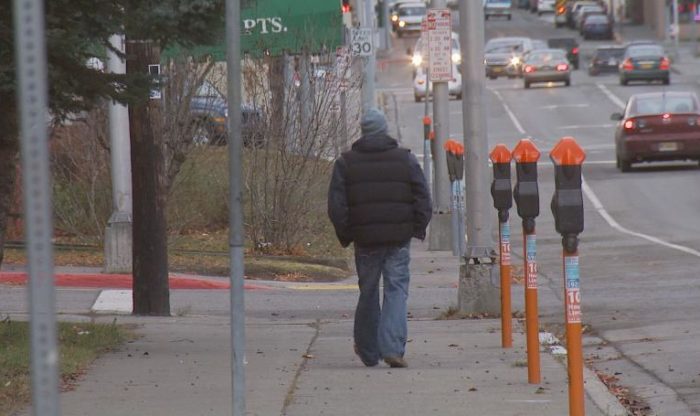 Up to 240 men and women experiencing homelessness seek shelter and a warm meal at Brother Francis Shelter every night of the year. Catholic Social Services is working with Bean’s Cafe, Downtown Hope Center and community partners to help establish other shelter options—there is simply not enough shelter at this time.

We want to support our partners in assuring as many people as possible are sheltered. We are concerned about people outside and hope that city and community partners can find funding to assure more beds are available this winter.

Our thoughts and prayers are with everyone who had to sleep outside. There are partners who can help, and that with true government support can get us through the winter.

Anchorage (KTUU) The city of Anchorage says it lacks as many as 150 emergency cold weather shelter beds for the homeless and is actively working to find new locations.

“We’re talking with other nonprofits with buildings that might have space so we’re really reaching beyond where we have in the past,” said Nancy Burke, the city’s Housing and Homeless Services Coordinator.

Unlike last winter, Bean’s Café is not operating as overflow space. It had provided room for 100 people between December 2nd and April 30th.

“Currently the funds are not available. Our agreement last year with the Municipality and United Way was that it needed to be revenue neutral and at this point in time there is not funding to make that happen,” said Executive Director Lisa Sauder.

Burke says the city is uncertain it has the money Bean’s Café says was needed. Now the city is approaching other housing providers.

“That’s the solution, that’s our top priority and then looking at how many people we have left that we can safely shelter,” said Burke.

“I’m very encouraged because we’ve been having a lot of meetings, there’s a lot of really knowledgeable people working on this,” said Sherrie Laurie, Executive Director of the Downtown Hope Center.

Outside of the shelter, a man who says he’s been homeless for the past 5 years showed a Channel Two News Photojournalist several bandaged toes. The man, who said his name is Ty, was treated for frostbite three days ago after sleeping outside.

“A lot more death and a lot more of this is going to go on so you have to ask yourself out there, why can’t we come up with 150 beds or for Bean’s Café to have their winter program?” said Ty.

Burke says a solution to the need for more emergency cold weather shelter space is coming in the near term.

How to Support Brother Francis Shelter